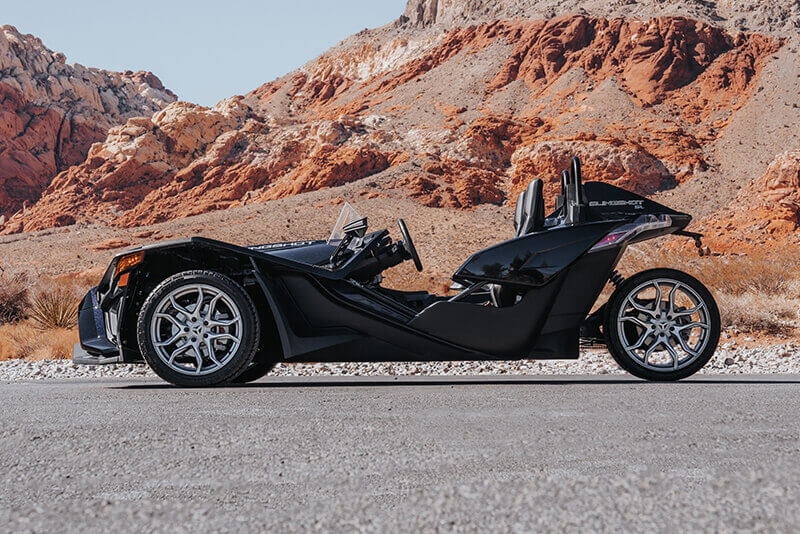 Rent a Black Polaris Slingshot — a 2-seater Three-Wheel Motorcycle with a 2.4L engine, 176hp, and a top speed of 140mph! 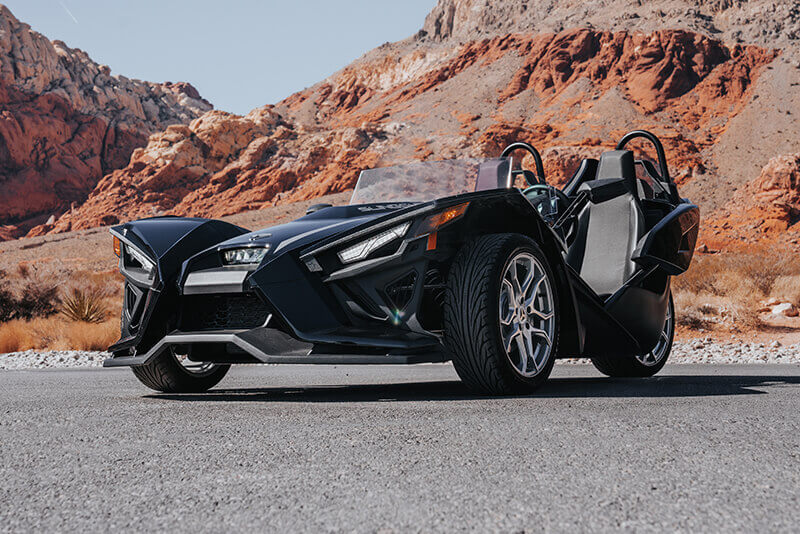