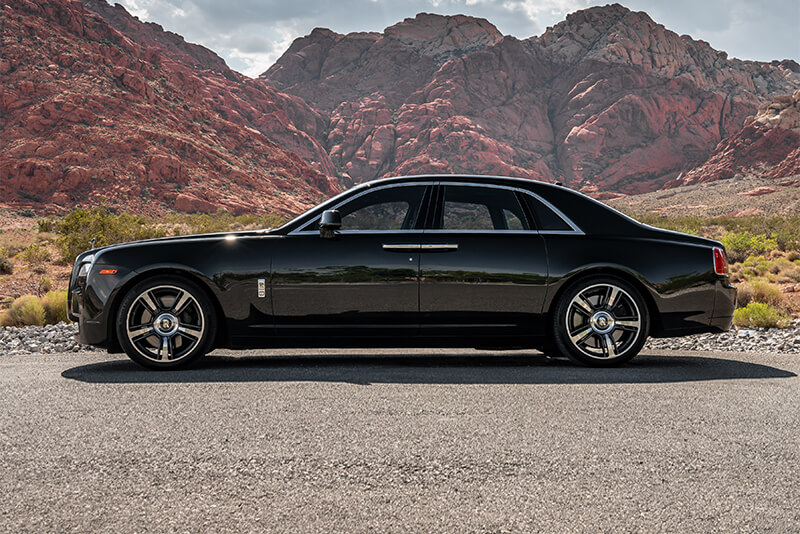 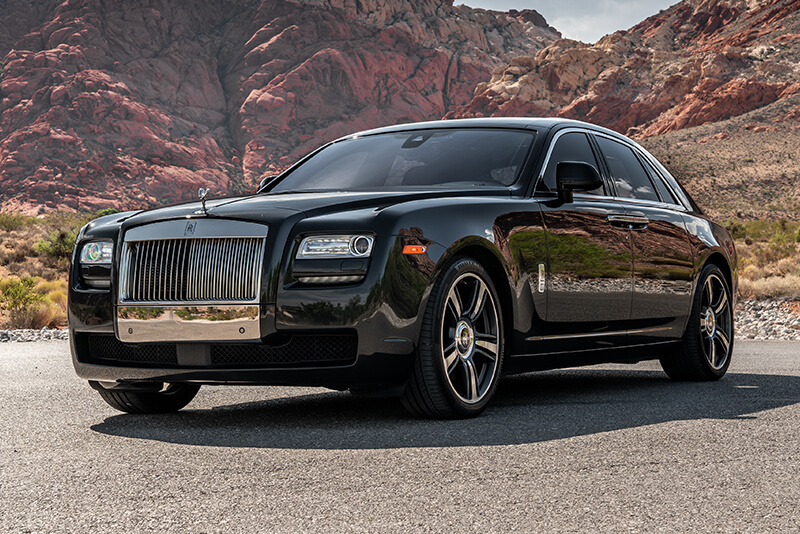 Rolls-Royce makes vehicles with unequaled road presence, supreme luxury and supercar performance. There’s nothing quite like the British motorcar’s automotive works of art.

The 2014 Rolls-Royce Ghost continues the carmaker’s tradition, but the special edition V-Specification adds more power as well as upscale wheel and top-grade interior upgrades. It’s like Rolls-Royce took what was already the industry's most beautiful combination of power and beauty and added another layer just because it could.

Heavy as a tank, the 2014 Ghost weighs 5,545 pounds, but it’s no problem. Its 6.6-liter twin-turbocharged engine produces 601 horsepower and 575 lb-ft of torque. The result, the Ghost accelerates from 0-60 mph in 4.8 seconds and completes a quarter mile in 13.0 seconds with a smooth eight-speed automatic transmission. It has a top speed of 155 mph.

Beyond its power and stateliness, the 2014 Rolls-Royce Ghost further perfectly maintain the manufacturer’s craftsmanship reputation. The carmaker’s vehicles are handbuilt, and the designers’ skills impress. Special woods with gold inlays, custom embroidery and a headliner featuring fiber optic lights crafted into a constellation highlight the bespoke assemblage.

And there’s plenty more. Rolls-Royce doesn’t know subtle in anything about its cars, whether it’s the monster specs or its equally massive exterior. The signature Rolls-Royce grille spreads across the front of the car, signaling its arrival from far away.The rear doors are hinged at the rear. There’s adaptive cruise control,

A powerful night vision camera can likely warn ships at sea if required. The sound system is symphony hall quality, with ceiling mounted speakers and a 12.5-gig hard drive for music storage. Rear seats are climate-controlled, which seems right to complement the 9.2-inch LCD screens and veneered picnic tables.

With its unmatched air suspension further adding to the automotive kaleidoscope of embellishment, the 2014 Rolls-Royce Ghost quietly floats down the road. The beast presents an unfathomable equation of power and presence.