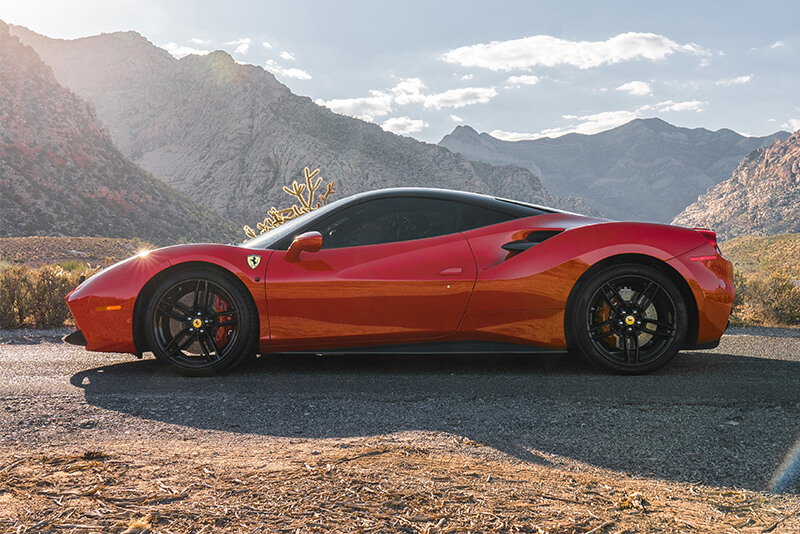 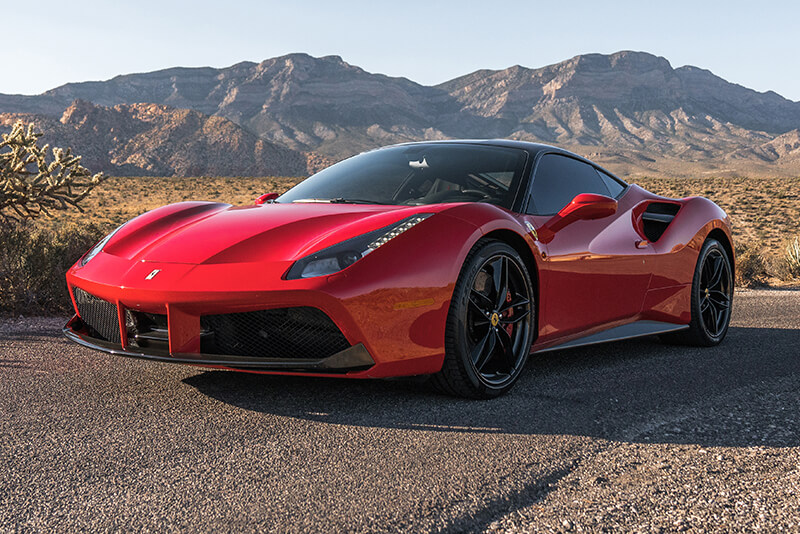 Ferrari defines sexiness in supercars, and the new Ferrari 488 GTB might be the sexiest Ferrari to date. You can see its overall new edgy and sensually flowing design. The front-end is technical and aggressive, while provocative new curves run the length of the Ferrari’s flanks.

Performance more than shares top billing with Ferrari, of course. The Ferrari 488 GTB is a unanimous choice among exotic car experts as the most memorable driving experience in recent memory. Reasons are abundant and define why the beast of a machine is a driver’s high-speed nirvana.

How does experiencing a 3.9-liter turbocharged V8 with 660 horsepower sound? That's 99 more horsepower than the new Ferrari’s precursor, the 458 Italia. The Ferrari 488 GTB will provide an exhilarating jolt of acceleration, a less-than-three-second catapult from 0-60 mph. And it has a ridiculous top speed, 206 mph.

Driving the Ferrari 488 GTB means driving nearly an entirely new prancing stallion. About 85 percent of the vehicle is new, with the roof and floor panels and the steering wheel as holdovers from the 458 Italia. It bolsters the honor of keeping deep traditions of Ferrari preserved.

But there's also an impressive new interior to consider in the 488. The leather seats feature a new profile, improved bolstering, and fixed headrests. The dash is more compressed with the majority of the controls and gauges at close range.

Every Ferrari pays homage to company founder Enzo Ferrari. But drive the Ferrari 448 GTB and you can simultaneously embrace the newness of Ferrari while respecting its well-heeled traditions.